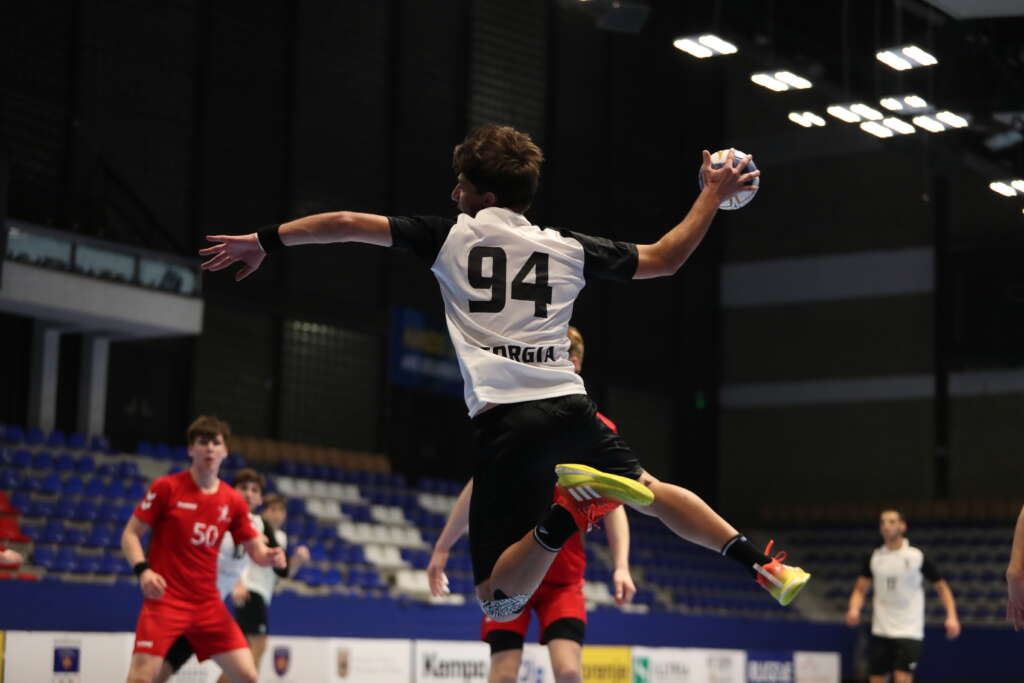 In the third day of the Youth competition, in the IHF Trophy for the European zone, Georgia and Bulgaria both had big wins to keep up the pressure on the top spot in the ladder.

In the first match of the day, Georgia had no trouble overcoming Great Britain with a 37:25 win, at the Palace of Youth in Prishtina, on Thursday.

The Georgians dominated the game from the start and never allowed Great Britain to threaten their lead.

Georgia’s Vakhtang Khelisufali top scored for the match with 8 goals.

In the other u18 match of the day, Bulgaria had an even more comfortable win over Albania. The Bulgarians ending that game with a 42:13 win. For Albania it was their third consecutive defeat in the championship.

Bulgaria and Georgia lead the table with four points each, but Georgia is now the clear favourite for the title. They have already defeated Bulgaria in round 2 of the competition and have a game in hand.

Kosovo had a rest day on Thursday, and will be hoping for a win against Great Britain on Friday, to keep their hopes alive.

Kosovo lost their opening game against Bulgaria but still has a chance to take out the tournament with wins over Great Britain on Friday and Georgia on the final day.

The first team to the top of the ladder will win the title and qualify for the intercontinental edition of the tournament. There are no play-offs in the European zone of the competition.

On Friday, Georgia will meet Albania at 12:00 and Great Britain comes up against Kosovo immediately after at 14:00, in the fourth and penultimate round of the tournament.