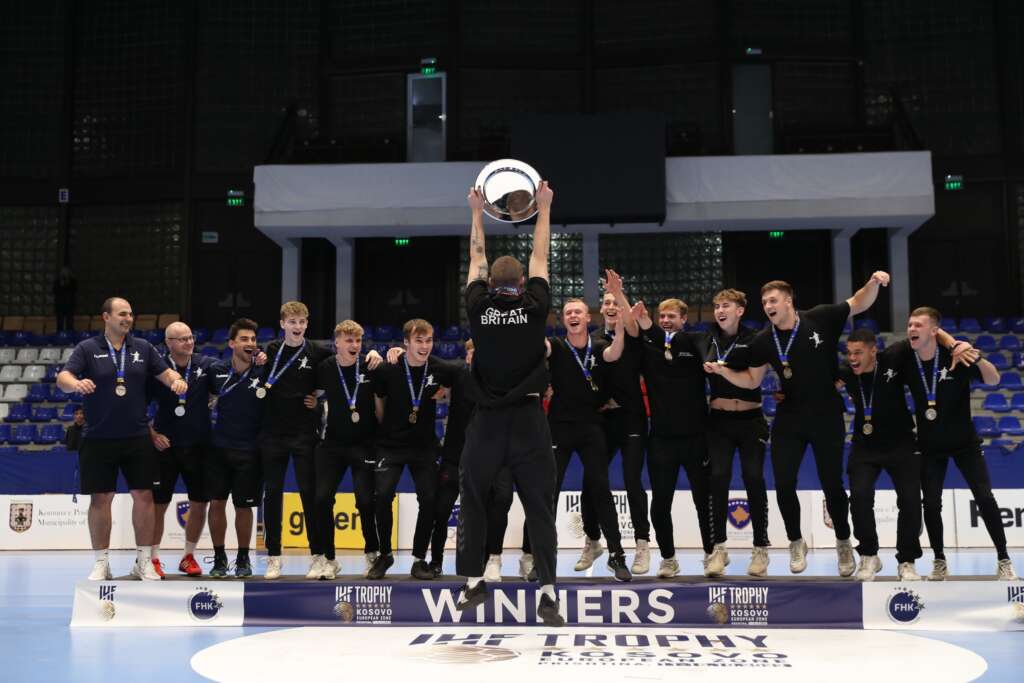 Great Britain won the 2022 IHF Trophy for the European zone in the junior category, in Prishtina on Saturday with a perfect run.

The British u20 national team won all four matches, picking up a maximum of eight points, to take the championship title.

On Saturday, on the last day of the championship, Great Britain won against Andorra, 35:18, to end the tournament with another win. Reuben Wardle once again top-scored for his team with seven goals.

After a shaky match in the first round, where they edged out Bulgaria by just one goal (23:22), Great Britain grew in confidence and strength, going on to win all matches with a comfortable margin.

Great Britain has now qualified for the IHF Intercontinental Trophy, where they will compete with other continental champions for a chance to qualify for the 2023 Junior World Championship.

In the battle for second place in the competition, Bulgaria defeated Kosovo 43:25 to take the silver medal. Bulgaria, too, won their matches against Kosovo, Malta, and Andorra with ease but the narrow loss to Great Britain, in the first round, proved costly to them.

Kosovo Handball Federation thanks all participants for a wonderful event, and wishes Great Britain the best of luck in the Intercontinental phase of the tournament.