Saraçini: Everything is ready for IHF Trophy 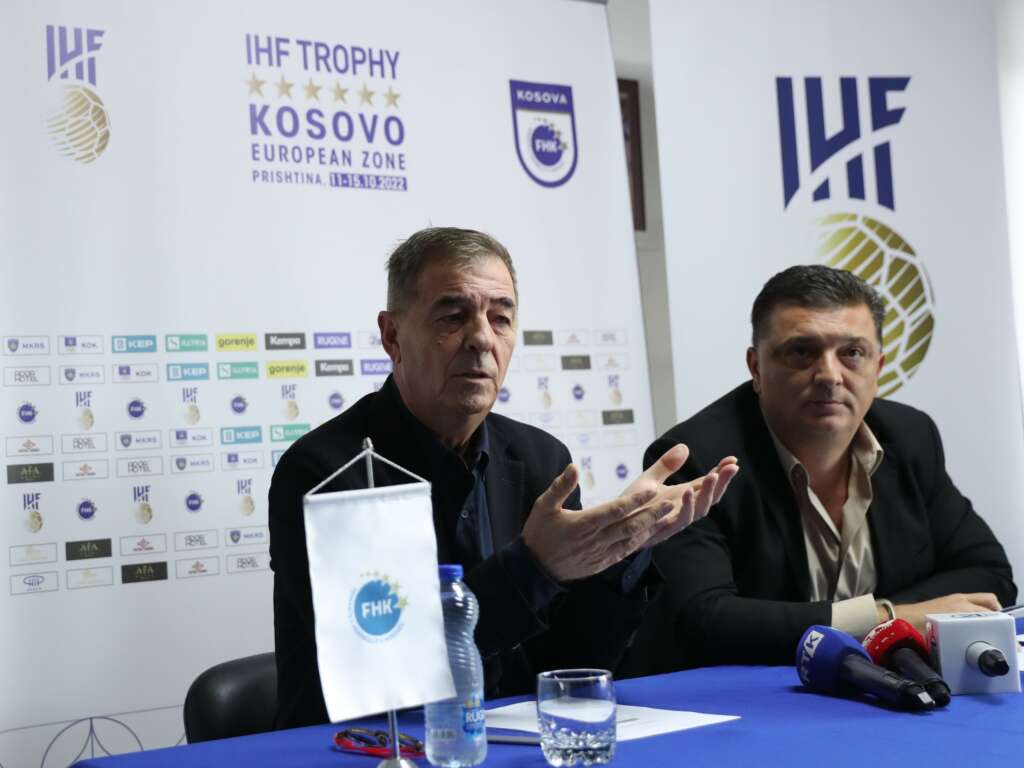 The president of the Kosovo Handball Federation, Eugen Saraçini, declared everything is ready for the IHF Trophy championship for the European zone, which will be held next week in Pristina. To talk about this important activity and other events of this month, President Saraçini held a press conference on Wednesday at the FHK premises.

Saraçini emphasized that this is another good opportunity for our youth and junior national teams. He recalled that through this activity, Kosovo U21 qualified for the Junior World Championship in Spain inm 2019. It was a historic appearance for Kosovar sports, not only handball.

“The Kosovo Handball Federation had such an event a few years ago, where based on the results, it was possible for the U20 and U21 teams to be part of the World Championship, which was organized in Spain. Now the International Handball Federation has contacted us and offered us to host the event again

Saraçini noted that Kosovo’s national teams have already assembled and are practicing at full speed in Istog. Earlier, the players were gathered in Gjakova.

Due to the IHF Trophy and other activities held during October, Saraçini said that this is the month of handball.

Edi Kolgeci, chairman of the Organizational Council of the IHF Trophy, also participated in the conference.
“Preparations have already started earlier and we have tried together with everyone, with the president, secretary and staff of the federation, to make the organization as best as possible and we believe that it will be a very good and a beautiful organization. It is not the first time that the Handball Federation organizes events at this level. The president mentioned that there will actually be 10 representations in total. We have completed all preparations regarding the reception of athletes and officials. We will also receive several delegations”, said Edi Kolgeci, member of the FHK Board.

FHK has been entrusted with the organization of the IHF Trophy due to its excellent relations with the International Handball Federation and the fact that it has proven itself as an exemplary host in the past activities held in our country.

President Saraçini has invited viewers to support our National Teams, while he expressed optimism for good and successful performances.

During this month, National Team A also plays two matches, with Montenegro and Slovenia, as part of the qualifications for Euro 2024. The National Handball Team also gathers. Our clubs also have European matches.